Is it Dangerous to Drive Under the Influence of Marijuana? 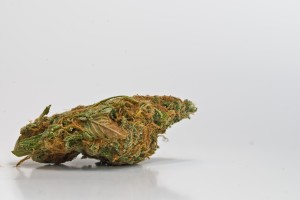 In Washington state, where marijuana is legal, many people might not realize that D.U.I. laws apply to any mind altering substance. While approximately 88% of drunk drivers can be identified through a field sobriety test, only 30% of people under the influence of THC failed the same test in a 2012 study published in the journal Psychopharmacology. The determining factor seemed to depend heavily on whether or not the driver was accustomed to being stoned.

This raises the question, how dangerous is it to drive while stoned. Independent researchers estimate that the risk of an accident doubles when there is any measurable amount of THC in the bloodstream. Compare this to 20 times more likely for 20-year-old drivers with alcohol of .08% and 9 times more likely for older adults, up to age 34. Although driving under the influence of marijuana is less dangerous than driving drunk, there is still a present danger.

While drunk drivers have a tendency to drive faster and over estimate their skills, the opposite is true for stoned drivers. Additionally, in laboratory tests, most people who are stoned can pass memory tests with some added effort. The problem comes into play when a stoned driver needs to multitask because their brain is processing information at a slower rate.

To find out more about the risks of driving under the influence, visit: http://www.nytimes.com/2014/02/18/health/driving-under-the-influence-of-marijuana.html?_r=0

The Cunnane Law Office has provided this content for informational purposes only. You should refer your questions to a personal injury attorney.