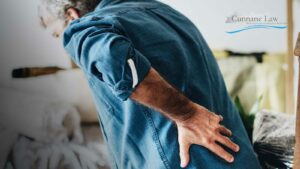 Don’t let anything ruin your holiday season! Watch out for these weird holiday injuries.

It’s not only about decorating the halls, trimming the tree, and exchanging gifts during the Christmas season. It’s also a time when, no matter how much joy is spread, serious injuries can still occur.

The weirdness of the causes of these vacation injuries is what jumps out the most. While these injuries may not be as dramatic as Santa being injured while falling down the chimney or elves filing workers’ compensation claims after being injured while constructing toys, some of the real-life incidents that have been reported are equally as bizarre.

Hundreds of individuals are injured every year in accidents involving Christmas lights. That’s right, you read it accurately. Hundreds. According to the most recent USCPSC report, there were approximately 150 injuries in the 40-65 age bracket alone.

If you’ve ever seen a movie in which a character falls while installing Christmas lights on the roof, you’ve witnessed something that happens every year in real life. Unfortunately, such falls in real life result in genuine harm, not laughs.

Electrical injuries are also caused by Christmas lights, such as when people are shocked owing to defective wiring or when they are caught in an inopportune combination of electricity from the lights and melting snow. Fires produced by improper wiring on Christmas light strings are also common causes of burns.

Trimming the Tree with Care

Every year, Christmas trees cause a number of accidents and illnesses, and not simply the types of injuries you’d expect, such as cuts from chopping down a real tree.

People have experienced allergic reactions to trees they have placed in their homes. In other cases, people have had their eyes damaged when they bumped into Christmas trees.

Are you in the mood to dance? Maybe you might want to consider sitting still.

People have also blamed their injuries on Christmas music and the holiday spirit. One man said that he had severe joint pain as a result of his excessive dancing at a Christmas party. In another case, an 80-year-old woman said she heard Christmas music and tried to get out of her recliner to dance, but she damaged herself by “shaking her hips.”

In 2014, one of the oddest Christmas-related injuries of all time occurred. After writing an excessive amount of Christmas cards, a person claimed he suffered carpal tunnel syndrome.

We sincerely hope you never fall victim to these holiday injuries, or any others! We want nothing but the best for all our Edmonds and Seattle-area friends throughout the season. If you need any help with a personal injury case, you know who to contact. From all of us at Cunnane Law, have a safe holiday season and a Merry Christmas!

Note: This information was provided not for any specific claim and is written in broad and general terms and may not be the right path to follow for a particular claim or case. This information is not intended to create an attorney client relationship. It is always best to receive direct legal counsel for your legal issues. It is never too early to call the attorney, but it can be too late.

Note: The injuries listed above are from the National Electronic Injury Surveillance System (NEISS) of the United States Consumer Product Safety Commission (USCPSC).